Share a memory
Obituary & Services
Tribute Wall
Read more about the life story of Donald and share your memory.

Don was born to Lt. Col. G. Preston and Royce Grant in Havre De Grace, Md. Don attended the U.S. Naval Academy (1959- 1963) where he earned a BS in Physics, graduating near the top of his class. He went on to Navy Nuclear Power School and then Navy Submarine School where he also excelled. Among other accomplishments, he graduated from U.S. Army Parachute Jump School and is believed to be one of the only U.S. Navy Submarine qualified officers to wear both Submarine Dolphins and Army Jump wings. Don completed over 1,000 jumps in his lifetime, taking the grand prize at the Montana open parachute meet in 1967! He would later do exhibition jumps into Hewlett Packer company picnics!

After serving with the Navy for seven years on active duty, Don earned his MBA at Harvard’s Business School and then began his career at Hewlett Packard, the beginning of a very successful technology career.

Don’s passion for parachuting sparked an interest in piloting aircraft. As with all of Don’s interests, he quickly honed the skills needed to not only fly planes, but also to instruct others. That’s how he met the love of his life, Pat, when he became her flight instructor. The two married in 1980. Pat had two sons from a previous marriage whom Don welcomed into his life. Don introduced his sons, Tyler and Tony, to flying by joining an Explorer Scout glider group. He also offered them sound council, guidance and support throughout their formative years. Tyler, Tony, Don and his five grandkids remained close after Pat’s passing in 2013.

Don was an avid volunteer, giving back to the community. His National Ski Patrol experience in Idaho came in handy later in life when he helped teach his grandchildren, Noelle, Blake and Alexis to ski. Don was a volunteer fire-fighter while living in Corvallis, Ore. He also served on the Board of Directors for Portland’s Junior Achievement Program and acted as Board Chair for the Saturday Academy.

Don was a lifelong learner and teacher. He enjoyed taking master classes, studied many languages including German, Russian, Japanese and Mandarin, and extensively researched other countries and cultures. Don applied this knowledge to his world-wide travels. He and Pat especially enjoyed Viking Cruises, which took them to Eastern and Western Europe and China. After Pat’s passing, Don continued annual Viking cruises. Don was looking forward to an Expedition to Antarctica, which was scheduled to depart this month. It’s especially hard knowing he passed before this bucket list trip.

Don was an avid fisherman and more recently, enjoyed catch and release fly-fishing as well conversation efforts which included a trip to Kamchatka with The Conservation Angler Organization. While his immediate family was proud of his focus on conservation, we surely missed Don’s freshly grilled Salmon!

In lieu of flowers, memorial contributions may be made to The Conservation Angler Organization in Don’s honor. https://www.theconservationangler.org/donate

Please visit the guestbook portion of this site and enter a special memory or message. Thank you.

To send flowers to the family or plant a tree in memory of Donald Edd Grant, please visit our floral store. 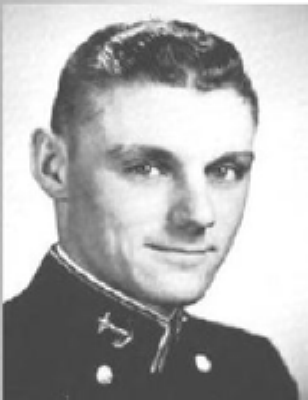