Share a memory
Obituary & Services
Tribute Wall
Read more about the life story of Stanley and share your memory.

Stan Schmidt was born in Harrington, Washington on December 14, 1927, the only child of Otto and Ella Schmidt, early ranchers of Washington and Idaho. He attended elementary schools in both states and graduated from Lakeland High School in Rathdrum, Idaho, where he was student body president (his proudest achievement). He was active in drama, speech, radio, music (university band and orchestra–violin and trombone). He earned his Bachelor’s Degree in Education at the University of Idaho, a Master of Education at the University of Oregon and a Master of Arts in Communications from Washington State University.

During World War II, the Spokane Army Ordinance Command and Kaiser Aluminum employed Stan. He began his educational career at Rose Lake S.D. #35 in Northern Idaho. At Rose Lake High School, he taught several subjects. He also coached football, basketball, baseball, and directed many high school plays that won several awards at state drama festivals. The Rose Lake area was where he became the schools' administrator. It was here he met and married his wife of fifty-six years, Jayne (deceased) who was an elementary teacher and an administrator. They had two sons, Steve and Randy, followed by two granddaughters, Jennifer and Katy. Stan often said that his tenure at Rose Lake was one of the most memorable periods in his life. While there, he was elected president of the Kootenai County Teachers Association and the North Idaho Education Association.

After six years at Rose Lake (1949-55), Stan and Jayne received new positions with Portland School District #1 in Portland, Oregon. At Jefferson High School, Stan taught speech and was the forensic director, speech coach, tennis coach, and the business manager for the sports program. His speech and debate teams won many awards in local and state tournaments. He was ten years at Jefferson, known as "The School of Champions."

Having worked on his parent's ranch in Northern Idaho and serving as a 4-H Club president during this era, his interests in raising cattle never waned. He had many adventures riding fence and tending to the multiple tasks needed on a ranch. Upon his arrival in Portland, he purchased 40 acres in the nearby Estacada area and operated a registered Polled Hereford ranch.

For the next twenty-seven years, he finished his career at Portland Community College as director of forensics, and again, his teams won many local, state, regional, and national awards. He was subject-area chair for the Communications Department and Parliamentarian for the Faculty Senate. While at PCC, he received the U.S. Bank Excellence Award, the Northwest Forensic Assoc. Merit Award and the PCC Faculty Merit Award. He was president of the Oregon Speech Association. Then, too, he belonged to the Speech Communication Association, Western Speech Association, and the Oregon Retired Educators Association. He also was an adjunct professor of speech at the University of Portland for eight years.

Stan devoted much time and work to the renowned fraternity of the Masonic Order and its appending bodies. He became a Mason in 1951 at Rose Lake Lodge #89 (Idaho). He was Master of Orenomah Lodge #177 twice (1984 and 1985), District Deputy of District #25 of Oregon (four years), Junior Grand Lodge Education Committee and the Grand Lodge Programs Committee of Oregon (1984-1994). He was the Junior and Senior Grand Stewart, Junior Grand Deacon, as well as serving as chair of several Grand Lodge committees.

After becoming a member of the Scottish Rite in 1975, he achieved his 33rd degree of Masonry and directed most of the degrees at the Rite, as well as plays for the public ("The Traitor," "The Trial of George Washington," "The Feast of Belshazzar," "The Last Supper,” and "December Rose"). He served many years as the president of the Oregon Scottish Rite Scholarship Foundation and was commander of the Multnomah Council of Kadosh.

In 1977, Stan gained membership in the Shriners, a lifelong ambition. He soon was a group leader of the Shrine Guides and accepted the directorship of the Shrine ceremonials, of which he directed fifty-two productions, two per year, over twenty-six years. He also directed the Order of the Quetzalcoatl ceremonies, of which he received the honor of OKET for his work. Stan was a past president of the Tualatin Valley Shriners Club.

Other memberships and positions included Sovereign of the Red Cross of Constantine (2011), illustrious Master and Grand Orator of Cryptic Masons in Oregon (1995), Commandery, Royal Arch, Royal Ark Mariners, Allied Masonic Degrees, Royal Order of Scotland, and he was a Past Worthy Patron of Syringa Chapter (Idaho) and Valiant Chapter #92 of Eastern Star of Oregon.

He joined the Royal Rosarians in 1992 and worked for many years as the director of the work for their knighting ceremonies, a royal communicator, public announcer, and a member of the Rose Garden Contest committee. An avid gardener, especially of roses, his garden won the coveted Grand Challenge Award in 2003 as the best rose garden in Portland. He belonged to the Portland Rose Society and the American Rose Society.

Among his avocations as a philatelist (stamps) and a numismatist (coins), he also collected autographs, antiques, and old cars. Often called upon as a public speaker, he lectured on subjects in communications and aspects of American History. He performed many times as an oral reader and interpreter of the great works of literature, poetry and drama.

He wrote and received grants for one of his favorite charities: The Rose Lake Idaho Community Historical Society. His contributions, and grants received, aided in the preservation of the school buildings, which were eventually approved as an Idaho State Historical Site, qualifying as a 501(C)3 organization.

Stan often mentioned, "If I have helped just one individual find his or her niche in life, then perhaps one of my purposes on this earth has been filled…I think I have."

Overcoming huge physical challenges in his life, he was an inspiration to so many. Through his leadership abilities, personality and hard work, he endeavored to help with the well-being of his fellow man. He cared deeply about students, family, friends, and colleagues. One of his favorite quotes he adhered to was by Dr. Albert Schweitzer, "I do not know where you are going or what you will do in life, but I do know this: that you will never fulfill your potential or be really happy as a human person until you have learned how to serve others, especially in their human needs, wherever you go, whatever you do."

Stan was preceded in death by his wife Betty Jayne, and his son Randy. He is survived by his son Steve and daughter-in-law Liz Gustin, and granddaughters, Jennifer and Katy.

To send flowers to the family or plant a tree in memory of Stanley Eugene Schmidt, please visit our floral store. 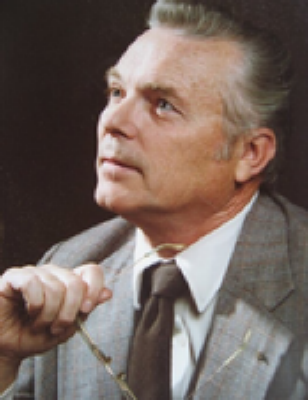 Family and friends are coming together online to create a special keepsake. Every memory left on the online obituary will be automatically included in the book.

You can still show your support by sending flowers directly to the family, or by planting a memorial tree in the memory of Stanley Eugene Schmidt
SHARE OBITUARY
© 2023 Riverview Abbey Funeral Home. All Rights Reserved. Funeral Home website by CFS & TA | Terms of Use | Privacy Policy | Accessibility